A Coded Christmas for Wolwedans Crèche

It all started with an e-mail from Heilette Schutte, a social worker from Groot Brak. Working in a small town like Groot Brak has it’s challenges. When it comes to support and donations small towns are easily overlooked. It was a desperate Heilette that decided to turn to the biking community for help. An e-mail was sent to several bike clubs in George and the reaction was immediate. Within hours the clubs started responding. Most clubs in the Southern Cape are affiliated under the SWDMCA and it was decided that the first club to respond, the SWD chapter of CODED MCC, would run with the project – and run they did!

In the spirit of Christmas it was decided to have a party for the 80 children of Wolwedans Crèche. Word spread and donations flowed in from as far afield as Port Elizabeth, Cape Town and even Gauteng. Children were treated with cooldrinks and sweets, personalized presents and even a jumping castle to work off the sugar rush! And while the once-off treat was well enjoyed by the children, the crèche was also helped in a more sustainable way with food, a geyser, washing machine, television and DVD player as well as 10 mattresses donated. And this was just the beginning.

This is but one example of what bike clubs do for charity, with regular runs happening in aid of several charities in the Southern Cape. Individual riders are urged to join and support the clubs in their charity endeavours and clubs who are not affiliated to the SWDMCA yet are encouraged to do so, in and effort to organise and maximise the support of these events. 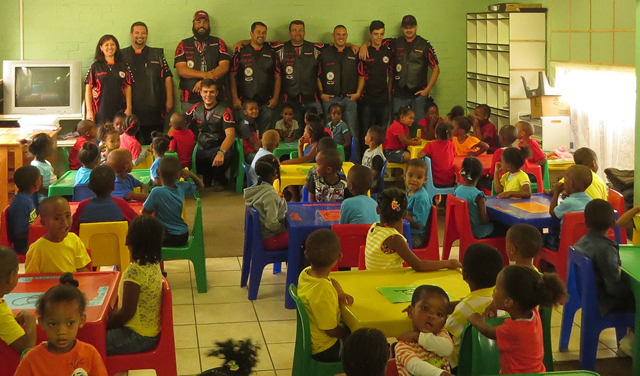 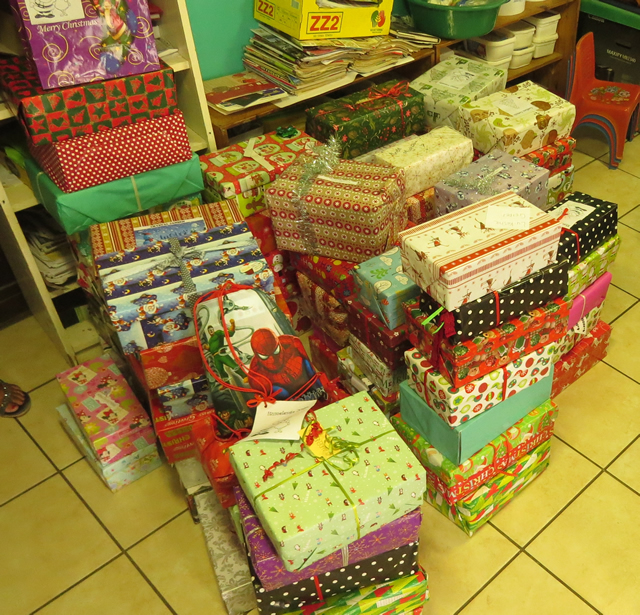 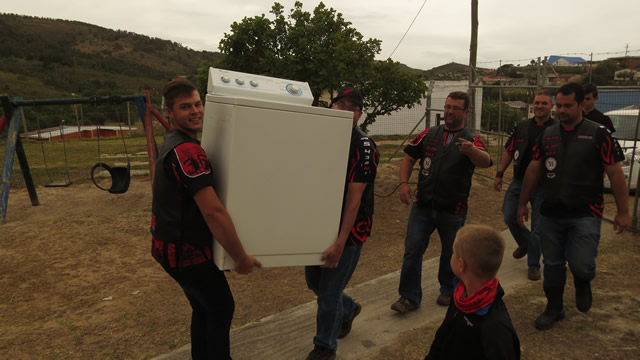